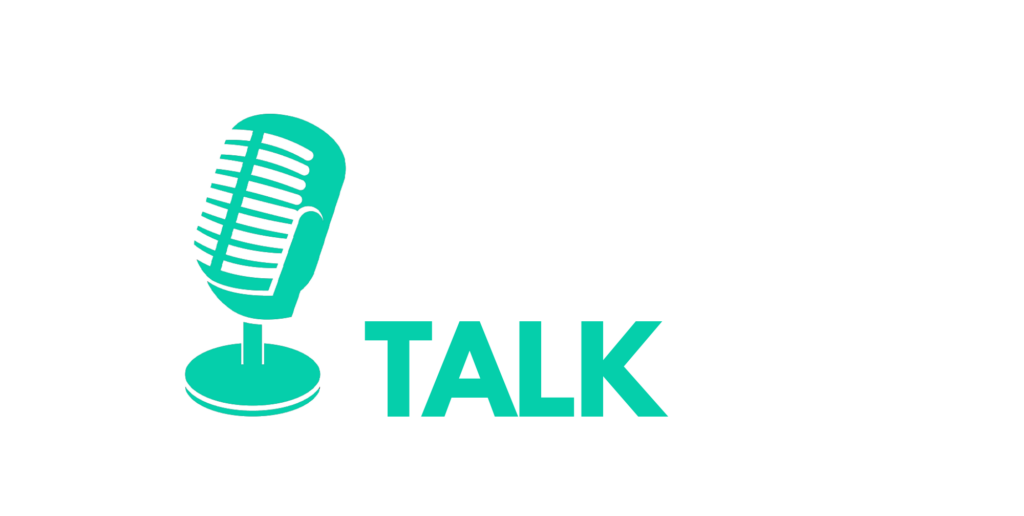 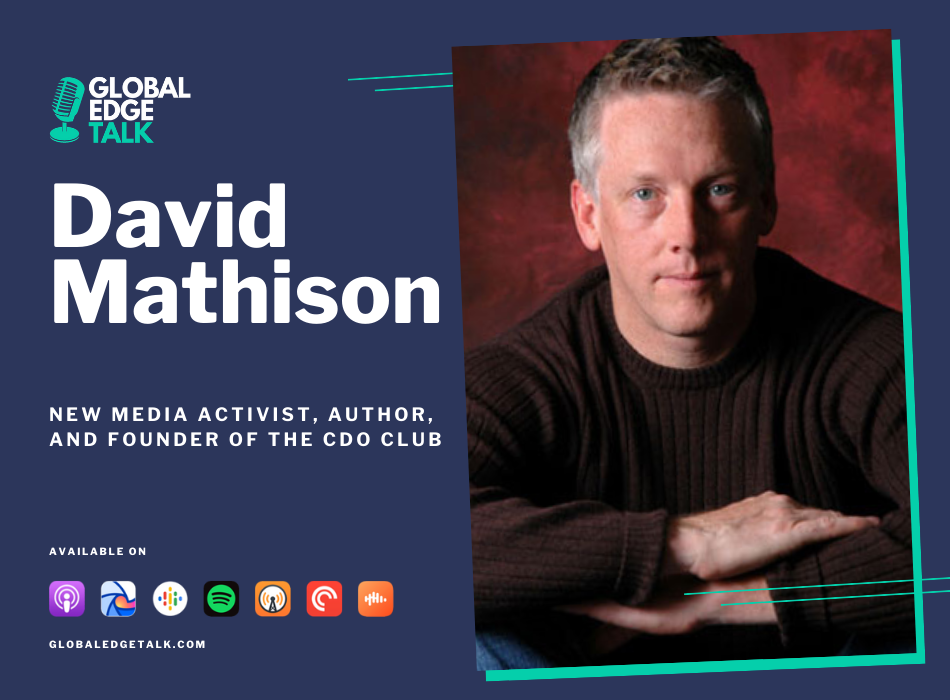 David Mathison is an author, blogger, speaker, entrepreneur, new media activist and event producer.
He is best known for his book, Be The Media, an encyclopedic guide to how individuals, organizations, and non-profits can use new media platforms to become content creators and distributors and reach audiences previously reserved for giant corporations.
David Mathison is the CEO and founder of the CDO Club and CDO Summit. Mathison is the world’s leading authority on Chief Digital and Data Officers, and has been quoted recently by American Banker, CIO.com, CIO Journal, CIO-UK, CMS Wire, CNBC, Computer Weekly, Computerworld, Deloitte, Diginomica, EdTech Magazine, eMarketer, FedTech Magazine, FierceCIO, Financial Times, Forbes, Guardian, Huffington Post, I-CIO, McKinsey & Company, Media Post, MIT Sloan Management Review, VentureBeat, Wall Street Journal, and ZDNet, among others.
He was previously founder and Managing Director of the Digital Media practice at Chadick Ellig, a premiere executive search consultancy named by Business Week as “one of the world’s most influential headhunters.
Mathison’s book, BE THE MEDIA, was featured by the AP in the NY Times after he pre-sold over 5,000 copies in 11 days via his web site, Twitter, and Facebook.
He has given keynote presentations everywhere from Columbia University to the United Nations (3 times in 2010), from Austin, TX (SXSW) and Amsterdam, Holland to Zagreb, Croatia.
From 1999-2001 he was founder and CEO of the Kinecta Corporation where he raised $30 million in under 2 years. Kinecta was acquired and is now part of Oracle (NASDAQ: ORCL).
From 1994-1999 Mathison was Vice President with Thomson Reuters, the world’s largest news agency, where he pioneered online content syndication.
Mathison earned his Masters degree from Columbia University in 1995.

Alex Romanovich (00:00):
Hi, this is Alex Romanovich, and welcome to GlobalEdgeTalk. Today we have an amazing guest, David Mathison, who is the CEO and founder of the Chief Digital Officer’s Club and Chief Digital Officers Summit. David is the world’s leading authority on anything, chief digital and data officers, and he has taken this organization globally. And that’s why we’re very happy to have David with us in our studio. David, welcome.

Alex Romanovich (00:31):
There’s just so much to talk about when it comes to global, and global marketing, and global entrepreneurship, and I felt that our audience could immensely benefit from your presence, from your interview. Very quickly about your background. You’ve done a lot of different things, very corporate and very entrepreneurial. You have a degree from Columbia University. You’ve done work for major brands like Thomson Reuters, connect to later on Oracle, you’ve traveled all over the world. You’ve been involved with the United Nations, you’ve been a speaker, you published a book called BE THE MEDIA. By the way, our audience will be very interested to know that a lot of the links to these resources will be available on the landing page next to this recording. And, David, then you decided to go into a very different direction, in the direction of entrepreneurship and start a Chief Digital Officer’s Club. What does that path? Tell us a little bit about that wonderful path from corporate academia to being an entrepreneur.

David Mathison (01:41):
Thanks, Alex. It’s great to join you and really appreciate your kind comment. My core background is very entrepreneurial on both at startups and large incumbents. And certainly when I joined first, I was one of the first 10 people hired at a startup, which really cut my teeth on being an entrepreneur. We were very small company in the late 1980s, we had created a natural language search interface into complex data, medical data. So if you typed in ‘AIDS’, we’d map you into acquired immunodeficiency syndrome. If you typed in ‘heart attack’, we mapped into myocardial infarction. So this way doctors and nurses were getting relatively sophisticated searches on complex databases without the need for a medical librarian.

David Mathison (02:29):
And that company took off, I was a young kid at Columbia doing this part time. And every time the CEO of that company hired a new employee, you would rent out a new apartment in this six door walk up on a 100 and 10th and Amsterdam, pretty rough neighborhood back in the day. And a couple of years later, boom, he had moved into Fred the Furrier’s or Fur Vault in the Garment District. And this was well before like 10 years before Silicon Valley got that name. He was one of the pioneers in that space and we literally cleared out Fred the Furrier’s Fur Vault and put a bunch of servers and open desk arrangements. So forget it from that point on, I was really hooked on tech and I worked for both large companies like Reuters. So in the mid nineties, they saw the internet coming, which could be a threat to their global satellite distribution system. I saw it as an opportunity. So I created a number of business plans really quickly. Do an agile befor agile, using metadata before metadata.

David Mathison (03:29):
Really pioneering RSS, or really simple syndication four or five years before that acronym even came out for Reuters. So at that time, I’d built about five or six products for Reuters. They were delighted, you’d normally took 5 to 10 years to build product at big company. It has always turned in stuff around in months. And this was 95 to 98 and I decided, I’m going to jump out. And with Reuter’s blessing, I went out from New York, left for the West coast, packed up my bags, Beverly hillbillies style and raised 30 million in two years and basically productize that for other companies that syndication technology and that eventually got bought by Stellan, which was bought by Oracle for 440 million in 2004. So at that point I kind of took a little bit of time off and wrote a book, but found my way back to New York. And to answer your question directly on how did I get here? I just happened to start seeing that CDOs were being hired at this incredible pace. 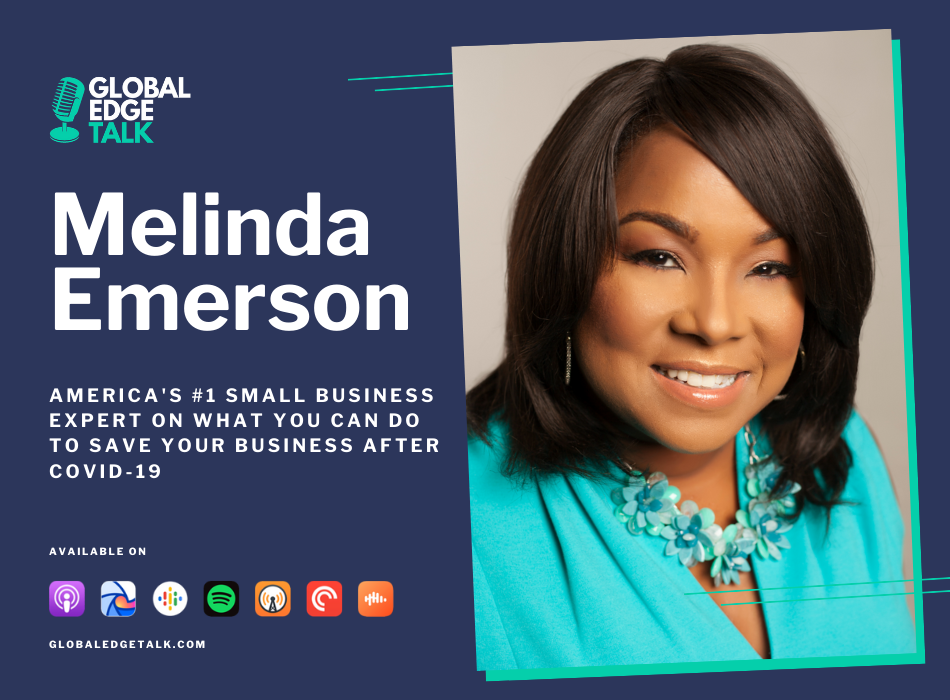 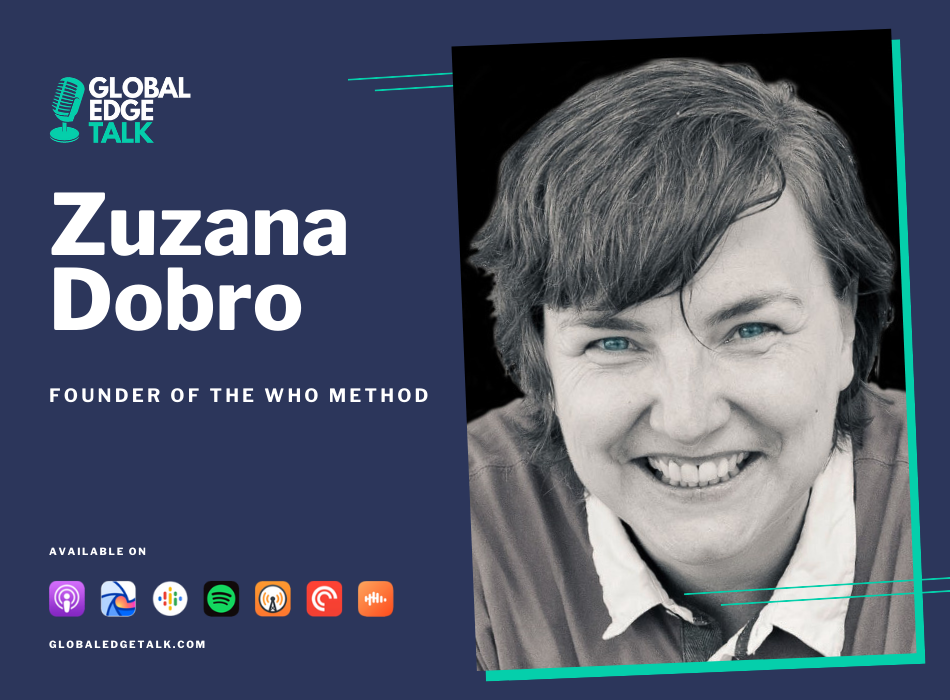 On helping entrepreneurs reach alignment with their dream customer. 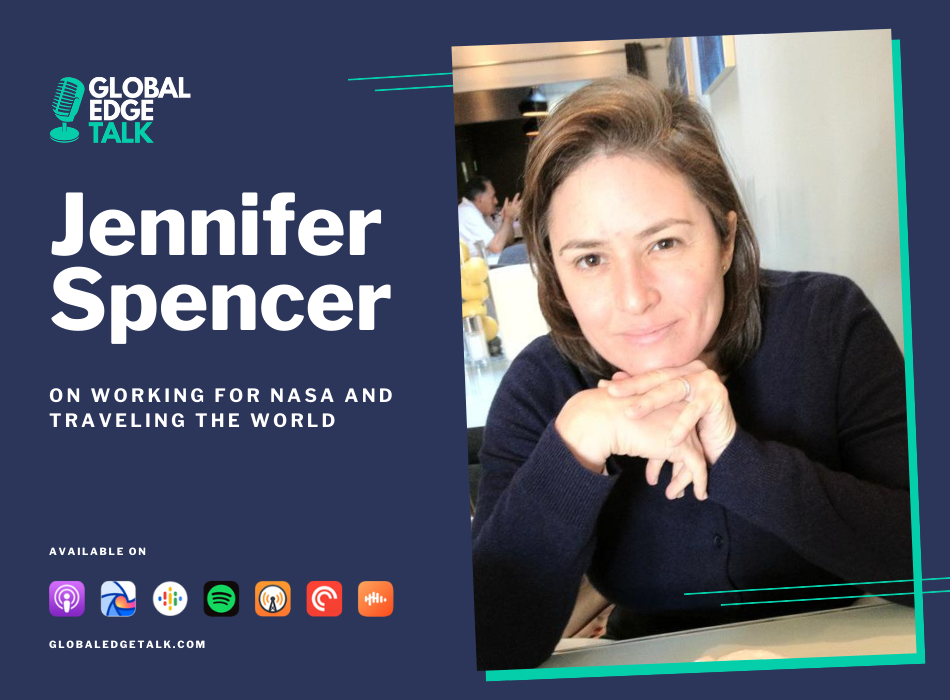 A NASA contractor who has traveled to 57 countries? Yes, please! 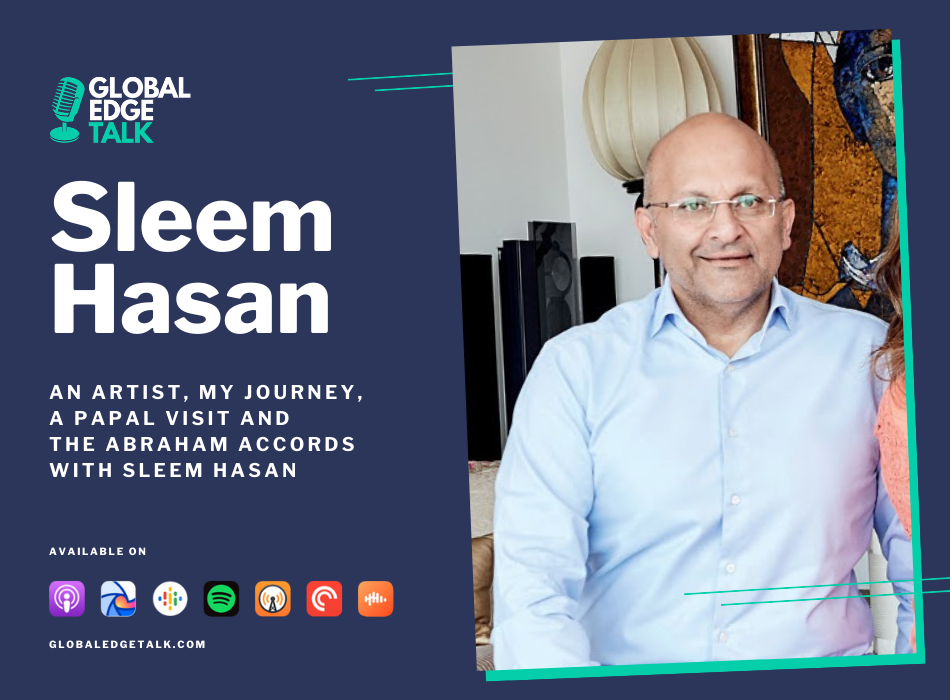 An Artist, My Journey, A Papal Visit and The Abraham Accords 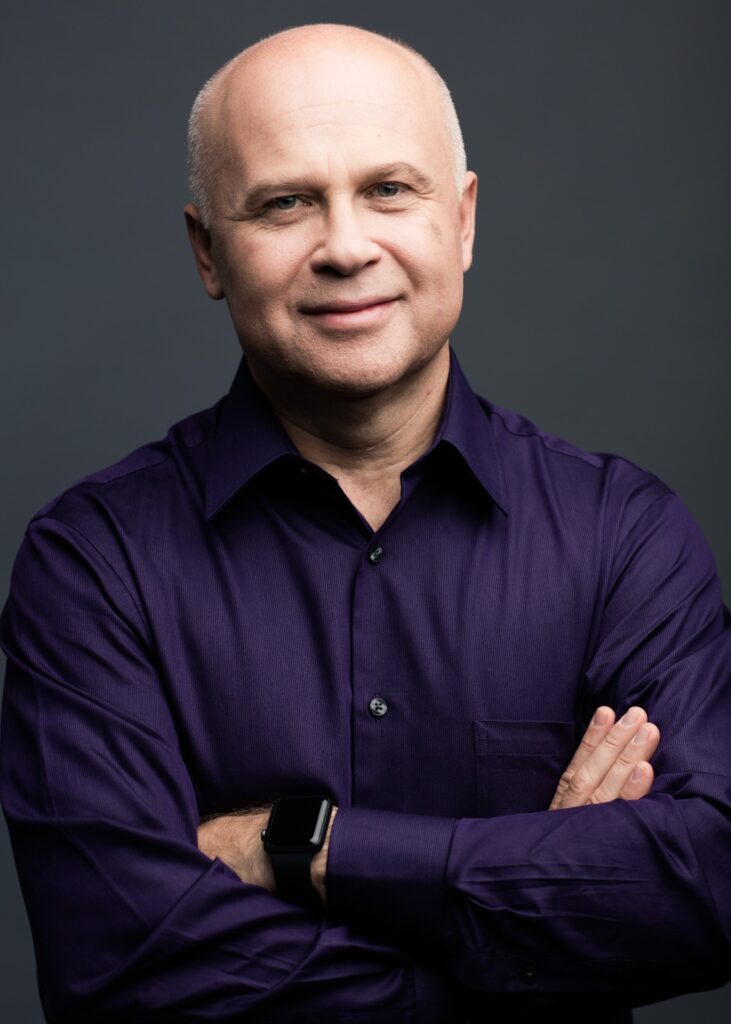 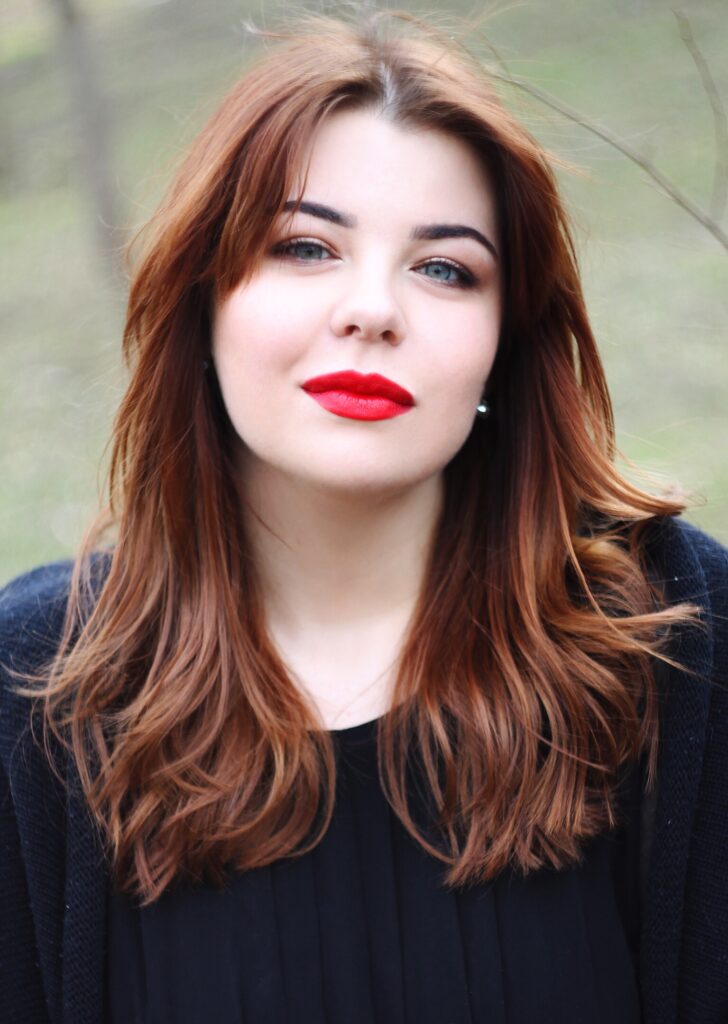